In preparation for “SCR1325 Turns 20: Time to Accelerate Action”

This month at NGO CSW/NY we will be celebrating the 20th anniversary of United Nations Security Council Resolution (UNSCR) 1325, the landmark resolution on Women, Peace and Security. UNSCR 1325 acknowledges both the unequal impact of violent conflict upon women and women’s subsequent exclusion from decisions pertaining to creating lasting peace and stability in their communities. It comes to the conclusion that “peace and security efforts are more sustainable when women are equal partners in the prevention of violent conflict, the delivery of relief and recovery efforts and in the forging of lasting peace.”

UNSCR 1325 was brought about by a concerted effort between civil society and UN member states. The resolution was built off of previous milestones in the UN’s fight for gender equality, including the first World Conference on Women in 1975 and the plan established at the Fourth World Conference on Women in 1995, known as the Beijing Platform for Action, the most comprehensive blueprint for advancing women and girl’s rights. But despite these concerted efforts and the important steps taken toward achieving gender equality, there was little acknowledgement of women’s contribution to peace and security. Thus, UNSCR 1325 was born to demand the full and equal participation of women in peacebuilding processes.

What does the resolution actually say?

UNSCR 1325 addresses two major concerns: the unequal impact of violence and conflict upon women and girls, and their crucial role in creating and maintaining lasting peace. The Resolution encourages all actors to make places for women in peace building deliberations, and to include gender perspectives in all UN reports. All of UNSCR 1325’s mandates are related to one of their four pillars: participation, protection, prevention, and relief and recovery.

How is it implemented?

While some of UNSCR 1325’s goals have been put into action by the UN itself (including the Secretary General’s appointment of a Special Representative on Sexual Violence in Conflict), it must be implemented by the UN’s 193 member states. In 2005, member states put the Resolution into action with the development of National Action Plans (NAPs). The NAPs help states identify resources to aid in their goals, determine responsibilities, and stay committed. As of now, 86 member states have produced NAPs (the United States produced theirs in 2011), with some states on their second or third editions. 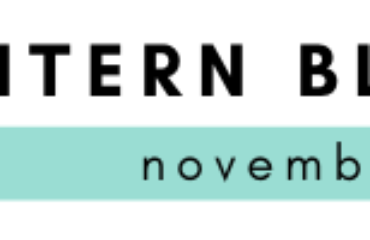 Introduction to the Effect of COVID-19 on Violence Against Women: November Intern Blog Post