This Week: #ActForEqual Week of Action

The #ActforEqual Week of Action is happening now!
The Week of Action will engage a young generation in taking action and amplifying dialogue in the lead up to the Generation Equality Forum in Paris from 30 June – 2 July 2021.​

Let’s raise our voices to make sure everyone realizes what an important and critical moment this is, and to make sure that leaders from every part of society step up at the event and commit to change.

Each day, the UN Women global Instagram and Facebook accounts will host a young activist and give them the platform to talk about a specific thematic area that they are passionate about. We encourage you to do the same on your corporate and individual accounts.

Registration for GEF Paris is open!

The Generation Equality Action Coalitions are poised to deliver concrete results on gender equality to advance the Sustainable Development Agenda in this UN Decade of Action. Action Coalitions leaders have been working together to develop a Global Acceleration Plan for Gender Equality to drive concrete Action on key areas that matter to women’s and girls’ lives.

Now is the time for more stakeholders to join this effort.

This next phase of the Generation Equality Forum journey focuses on driving concrete commitments for gender equality which will be showcased in Paris this June (30 June – 02 July 2021).  We are inviting all interested stakeholders to join this critical moment for gender equality as an Action Coalition Commitment Maker.

The submission is now open for the Festival’s second round taking place in the Generation Equality Forum in Paris, France, from 30 June-2 July 2021. The Film Festival represents a unique platform for young filmmakers to showcase their powerful works to the world, win a cash prize and open new spaces for dialogue around the use of arts to challenge stereotypes and change social norms.

The Generation Equality Film Festival Paris edition is open for submissions until 18 June, 2021!

Watch the winning films from the Mexico Edition in English and Spanish.

Feminists Around the World: 24 Hours to End Violence GBV Campaign

We are one month ahead of the Generation Equality Forum Paris. This is the moment to get together and to ensure that governments take strong commitments to end sexual and gender-based violence by undertaking two key measures:

This is why the Générations Féministes and #NousToutes collectives, in partnership with multiple international networks, invite you, wherever you are in the world, to join our global campaign #StopTalkingStartFunding. Participate in “Feminists around the world: 24 hours to end violence” by organising an event on 23 June.

Read the call for events in French, Spanish, and Arabic. 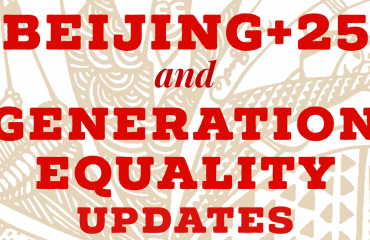 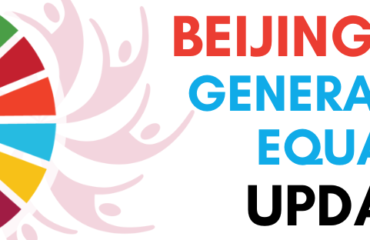